Genshin Impact Minimal Specs For Android-One of the games that players have been waiting for can now be played on smartphones, namely Genshin Impact. For those who previously played on PC, the name of this game is certainly familiar. With the release of this game, of course, players ask questions regarding the minimum smartphone specs to be able to play this game, understand that Genshin Impact is a game that consumes a lot of resources, so if you play a smartphone that doesn’t support it, the result is often lagging when played.

Genshin Impact is an RPG themed game, when in this game you will be taken to a new world where in the game you can do anything. This game itself is made by Mihoyo.

For you smartphone users, of course this game adds to the collection of games that you can play. Then what kind of cellphone can play this game smoothly, here are the minimum specs to be able to play the genshin impact game. 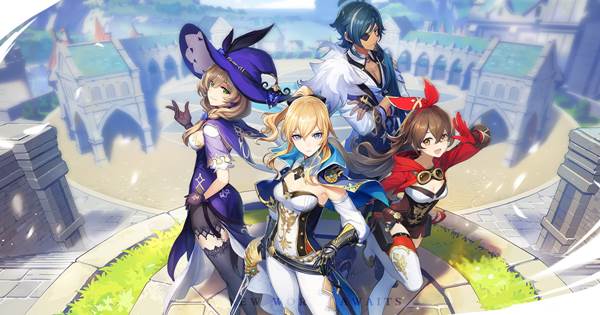 The average smartphone user currently uses 2 platforms, the first is Android. Almost all smartphone users use the OS. While the second is the iPhone, this one OS user can be said to be quite a bit when compared to Android, this is because this smartphone has a fairly expensive price. For that we will share the specs for these two platforms.

For those of you Android users who want to try playing this game, then you have to leave 8GB of storage space. Besides that, the ram that you have to provide is also quite large, which is 4GB.

That’s not enough, at least you are already using Android 8.0, with the CPU using Qualcomm Snapdragon 845 and also Kirin 810+. With the specifications we have explained above, does your smartphone support it?

The iPhone itself is famous for its tough smartphones, but of course for the iPhone 9.0 and below it will be difficult when playing this game and it has various obstacles, one of which is the game that is not smooth.

For the rest, it seems that for the iPhone there is no problem, but indeed for the free space it must be 8GB, this is a minimum because it could be that the memory you need will be even more.

Now we know the minimum specifications for genshin impact for our devices, be it Android or iPhone. Thus, if our specifications do not support it, it is better if we do not download or install it, because you will encounter several problems later.

But it does not rule out the possibility that this game will run smoothly even though your smartphone is below the specifications we have recommended above, be it because of the help of third party applications or other.

Just for this review regarding smartphone specs that you can use to play Genshin Impact, enjoy playing.